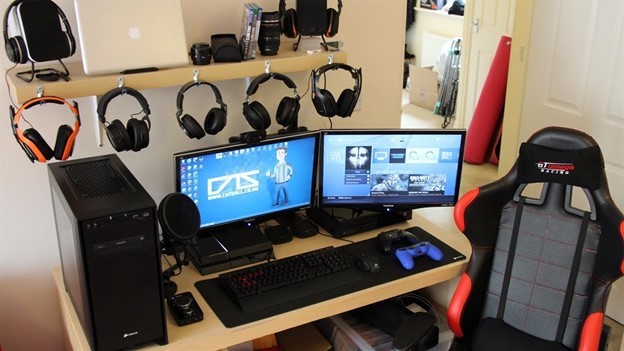 It's the first weekend in a while with no college basketball games to watch. I just finished watching the Woman's Soccer International Friendly game between the USA and Sweden. It was the first time in a long while that the American women were behind. That managed to tie the game (1 to 1) with a penalty kick in the last three minutes on a questionable call. The ladies looked out of sync and did not play that well today.

Last night I visited a local wine tasting room where they had live music. The band played rock 'n' roll music from the '50s and '60s. There was a lot of singing along. It was fun to be out with people again. Everyone was in a talkative mood, following our extended isolation. I had enough wine to where they convinced me to show them my dance steps.

I'm an old-timer who is not into video games. Instead, I play Spider Solitaire. Boring, I know. I do have two sons and a grandson who are really into them. I suspect if I got caught up in the gaming world, these posts would not get out.

The young protagonists in my novel SKYWARD love video games and increase their wealth by designing and investing in them.

Video games make up a $151.06 billion global industry and are expected to grow 21.9% annually for the next five years. Two out of every three American homes have household members who play video games regularly. And it's really no wonder: Video games have been around for decades and span the gamut of platforms, from arcade systems to home consoles, to handheld consoles and mobile devices. They're also at the forefront of training Millennium's computer technology.

As an aside, when I was in the Army Finance Corps, I was stationed at Fort Lewis, Washington. I was an Army Finance Senior Sergeant who worked in the Post Finance Office, where we paid the Army's bills. Back in my time, we paid the troops in cash once a month. If my memory serves me right, a PFC made $68 a month. Then (1960), the Army was installing a RAND computer in the Finance Office. That computer was one of the first to be used by the Army, and it was used for more than just Army accounting. The military was the first to use computers. The RAND computer was being tested to improve researchers' military modeling capabilities and develop data communications technologies that were the Internet's forerunner. Because a member of the Finance Corps could tell from the bills paid what the Army was researching or planning, we had Top Secret clearances. This proved helpful to me when I later became a researcher in the insurance industry. I was able to leave the service with my security clearance intact. At Marsh & McLennan, one of my assignments was to figure out the liability risk exposure for defense contractors (i.e., Lockheed, Hugh's Aircraft, Aerojet Rocketdyne) doing research for the military. Learned a lot of interesting things, including that the military used video games for training and weapons design.

Now, back to what the State Department is doing. According to an April 7th WASHINGTON POST article by Noah Smith –

American culture has been projected overseas in various ways: Elvis, blue jeans, Coca-Cola, MTV, Hollywood films. Now, in a program announced Wednesday by the U.S. Department of State, this pantheon will include video games.

In the latest round of Stevens Initiative grants, the U.S. Department of State and the nonprofit Games for Change announced a new project that seeks to engage 2,700 students in the U.S., Israel, United Arab Emirates, and Bahrain in a virtual student exchange program centered on the development and creation of social impact video games.

"Games have a power beyond entertainment, they can be significant drivers of social impact," said Susanna Pollack, president of Games for Change, which has been focused on supporting the creation of video games with a social message. "It's a medium that's universal. ... Like other forms of media, games can address important social topics and meet people where they are."

The article concludes with this statement from Marie Royce, who served as Assistant Secretary of State for Educational and Cultural Affairs from 2018-21 – "In creating video games, people develop tremendous skills that are involved in that industry. They're better able to think critically, develop STEM skills and develop leadership skills."

What is Millennial think? An August 22, 2018 article on Recruiter.com indicates –

While it is true that millennials, in general, do need immediate and regular affirmation, and expect to move up as soon as they master their current job, the big "duh!" moment comes when you consider it isn't trophies and ribbons they need. It's red hearts, gold coins, and treasure chests.

That's right: We need to look to video games to understand millennial motivation. Moreover, this video game mindset has given millennials a distinct advantage in the workforce — one we can all look to make part of our own games!

Millennials entered the workforce from the golden age of gaming. Nintendo, Playstation, and Xbox weaned them, and as a result, they have a distinct perspective about the workforce and their place in it. More than any generation currently at work, millennials passionately about the work they do and the companies they work for.

That is a fact to remember and a quality to actively seek.

My novel SKYWARD takes you to a colony on the Moon developed by millennials for millennials. You will have to read the book to see how that works out.