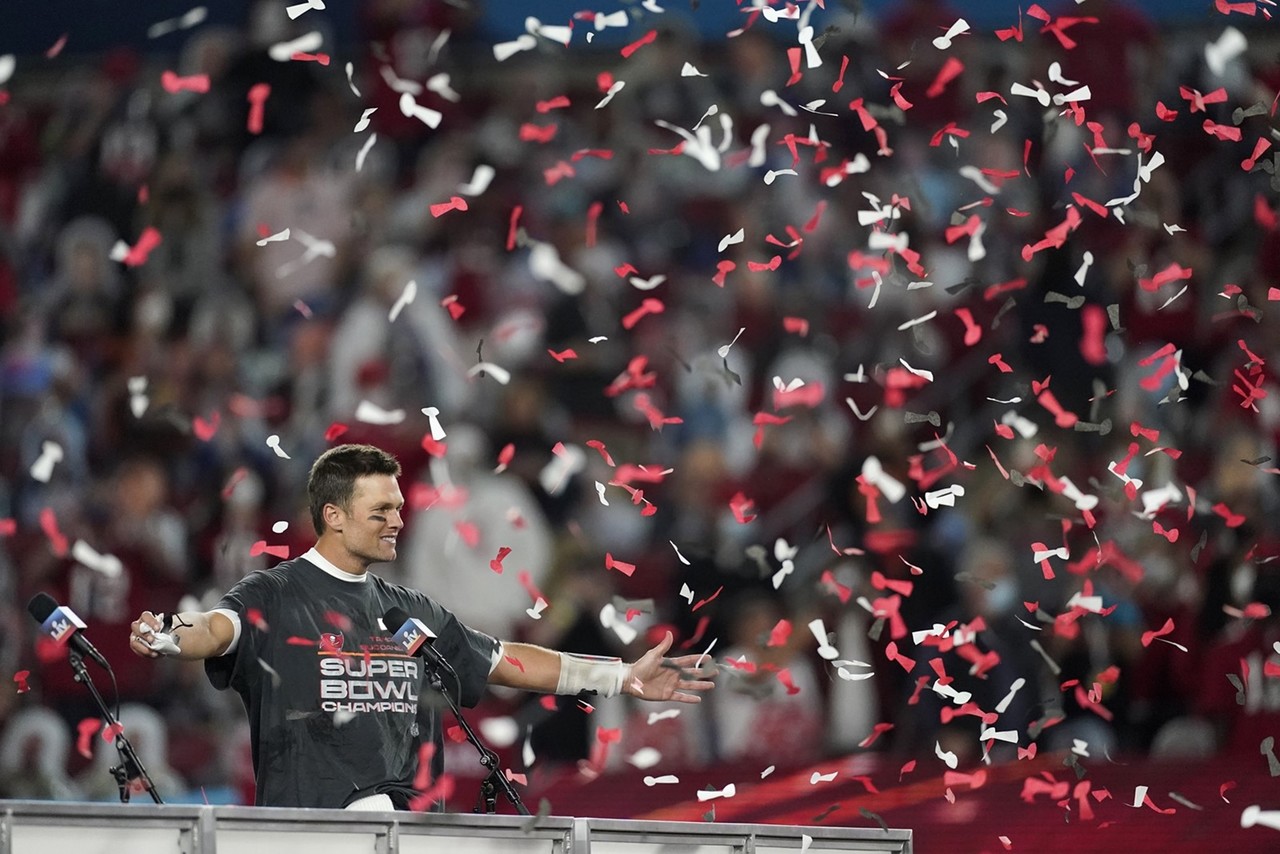 Yes, Tom Brady, the Old Goat, did it! That was a decisive win over the Chiefs. I'm a die-hard RAMS fan who picked the Buccaneers to root for in Super Bowl LV. My decision was based on TB's age. We, old-timers, have to stick together. As they say, age is just a number. It's how you feel and live life that counts.

Not sure why, but both Matt, my oldest son, and Ryan, my grandson, were also rooting for the Chiefs. We exchanged numerous texts back and forth during the game. We also compared what we were eating. For me, it was tortilla strips with Que Bueno, guacamole, meatballs in au jus gravy, and shrimp cocktail. I was stuffed by the end of the game.

Seven million bucks for that Half Time Show? Really? The Weekend seemed more like the "weak end." After a few seconds of watching, I started checking the messages on my cell, with the show just being background noise. You couldn't watch without getting motion sickness. Speaking of smartphones, this is what NBC News had to say about the Weekend – "It appeared Weekend was using a smartphone to film the show . . . the camera's confused blur and likened it to what happens when kids get ahold of a smartphone. . . 'Kids running the second they take your phone,' writer Jasmine Watkins tweeted. Others shared images their children had accidentally taken of themselves in response to Watkins, proving just how similar the two images looked."

Speaking of entertainment. This Monday morning, I'm back to working on my novel SKYWARD. I promised to tell you about the 'slip and slide' moon dance in my Saturday post.

The moon is not a place for outdoor activity because of the lack of atmosphere, radiation, micrometeorites, small dust particles, and low gravity. Therefore, anyone living for an extended period on the moon would be confined to indoor living spaces. Properly constructed structures would provide an atmosphere and protection from radiation, micrometeorites, and dust. The lack of gravity (1/6 that of Earth) will present a problem as respects walking around, even indoors. It's actually easier to move, but humans need gravity for balance and to stay attached to the floor. So you would have to walk very carefully. To compensate for that, in my SKYWARD colony, I carpet most of the floors with velcro carpets and have the people wear shoes with velcro soles. Small one-person electric vehicles (golf carts, Segways) are frequently used to go a short distance.

As entertainment forms develop at the SKYWARD colony – music, games, stage shows, etc. – the 'slip and slide' moon dance evolves. This dance is done barefooted, and you can't believe the dance moves you can do in 1/6 gravity in a high ceiling area.

Yes, I'm having fun writing SKYWARD. Is it a fantasy? It is, at least for the moment.