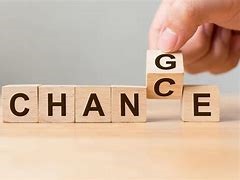 Todays post is about three things that are becoming different.

The first is about my upcoming novel SKYWARD. I had not planned this, but as I was writing yesterday, my plot suddenly needed the FBI's involvement. SKYWARD is about a clique of five wealthy influential millennials who decide on their own to colonize space with their own. This is not something you can keep totally secret. NASA and the new United States Space Force (USSF) point out what this clique is doing. Rather than try and stop them, the powers that be decide to monitor their efforts. Who better to do the monitoring than Special FBI Agent Hartmann and his squad.

SKYWARD is now being folded in as an outlier to the FBI SPECIAL AGENT HARTMANN SERIES. Hartmann's appearances are more cameo in nature, but they are there and are essential to the plot.

My second difference is about biodiversity loss to our planet. A United Nations report I just read indicates that we are permanently losing plant and animal life worldwide. This loss will eventually result in the extinction of humans. "Global extinction has so far been proven to be irreversible. . . Reduced biodiversity, in particular, leads to reduced ecosystem services and eventually poses an immediate danger for food security, also for humankind."

Continuing from the report - "Moreover, the pandemic has shone a spotlight on problems like food insecurity, gender inequity, racism, and biodiversity loss, alongside longstanding gaps in access to education, jobs, and life-saving technologies."

"Putting aside budget constraints, we have just seen that the pre-pandemic normal had dire implications for the world. Our strained interactions with the environment helped introduce the coronavirus to humans. Our hyperconnected global economy allowed it to spread like wildfire. Its especially deadly effects on the most vulnerable populations have highlighted the consequences of deep-seated social and economic inequalities within and between countries."

This is the justification for my clique in SKYWARD to get off the Earth and colonize space.

Lastly, the coming difference in the complexion of the world. Goodbye, white world.

The following is from a Brookings Institute Report about the 2020 Census. The census indicates an "unprecedented stagnation in population growth, a continued decrease in Americans' geographical mobility, more pronounced population aging, a first-time decline in the size of the white population, and rising racial and ethnic diversity among millennials, Gen Z, and younger groups, which now comprise a majority of the nation's residents."

"The white population decline is largely attributable to its older age structure when compared to other race and ethnic groups, leading to fewer births and more deaths relative to its population size."

"Part of this sharp decline can be attributed to the COVID-19 pandemic, which brought more deaths and further immigration restrictions. Still, the entire 2010s decade was one of fewer births, more deaths, and uneven immigration."

"Recent migration declines occurred among both local, within-county moves (which are largely made for housing and family reasons) as well as for longer-distance moves between labor markets—though there was a sharper decline in the former. A good part of these declines occurred among young adult millennials, many of whom remained "stuck in place" even in the late 2010s."

My SKYWARD clique concludes the generational power transition will not occur fast enough to resolve their foreseen problems.

Back to researching and writing SKYWARD,