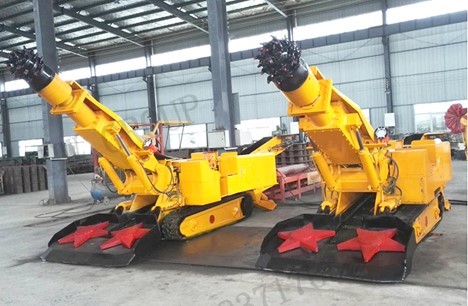 Just noticed this lead-in for a seminar being conducted tomorrow by THE HILL – "Space exploration is fast becoming a strategic priority for many countries. On February 9th, the UAE's Hope probe reached Mars orbit, followed by a Chinese probe a day later. America's Perseverance rover is expected to land on Martian soil on Thursday. . .These activities are a sign that more nations are getting serious not only about finding life beyond our planet, but also recognizing the need to have a robust presence in space."

I've concluded my basic research for my upcoming novel SKYWARD on the types of structures my Moon colonist will be constructing. There will be three phases of construction. First, the spacecraft will be converted to temporary living space. Underground caverns will then be dug, followed by above-ground brick/concrete structures connected by underground tunnels.

The first phase will be the landing of eight unmanned rockets/vehicles on the Moon. One vehicle will be a 40MW modular nuclear power plant, ready to be activated by the construction crew on their arrival. Two specially designed (substitution of lightweight metals for steel and electrically powered) rock boring machines (pictured above) will be sent. The vehicles will also transport other building materials, tools, solar panels, small vehicles, oxygen, food, and water for the crew.

Initially, the crew will live and work in the spacecraft they arrived in, plus the emptied unmanned spacecraft. The next phase will be drilling a tunnel/cavern into a hill adjacent to the landing site, buttressing and sealing them, and finally fitting them with an airlock door assembly transported with the construction materials. Three other hills will be hollowed out in the same manner.

Large brick/concrete structures will be constructed above ground for agricultural (corn, soybeans, peas, tomatoes), husbandry (chickens, rabbits, and sheep) (more on this in a future post), and industrial purposes.

Here's what I'm basing my conclusions on -

From the 16th Biennial International Conference on Engineering, Science, Construction, and Operations in Challenging Environments – Lunar Tunnel Boring Machines – "Current and future goals for human activities on the Moon could be facilitated by the creation of underground tunnels. Human habitation will require shielding from radiation, protection from micrometeorites, structures to maintain atmospheric pressure in living quarters, and a means to survive the cold lunar night. Locating a human habitat several meters below the lunar surface would provide greater protection from these hazards than a surface habitat covered in regolith, while also providing a more stable thermal environment than the surface."

From the website of Wichman Spacecraft & Propulsion Company (I'm fascinated by this Company) – Lunar Concrete for Building – "WSPC is looking at the possibility of using the" (silicate-based) "concrete to form structural members such as tees, channels, beams, rails, flat sheets, and columns . . . The use of lunar concrete flat panels and beams . . . to form a large habitat. The building is sealed to eliminate air leakage by spraying the inside walls with a polymer material. The air pressure inside the building trying to blow the walls out can be counterbalanced by piling lunar soil on top of the building. This also provides radiation protection to the inhabitants."

From the European Space Agency – "Moon bricks will be made of dust," says Aidan Cowley, ESA's science advisor. "How Do You Make A Moon Brick? – The surface of the Moon is covered in grey, fine, rough dust. . . Lunar soil is a basaltic material made up of silicates, a common feature in planetary bodies with volcanism. . . ESA has been experimenting using a similar material on Earth. . . The material is first compacted into shape, then heated using a furnace to 'bake' the brick. . . The resulting bricks have the equivalent strength of gypsum and are set to undergo detailed mechanical testing."

There is a lot of references to 3-D printing that I am going to have to explore further.

The SKYWARD moon colony is underway. I still don't have a name for it. Stay tuned.