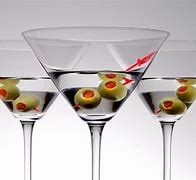 No, this is not a nostalgia piece. It's about change. And, yes, I'm way off the purpose of these posts – promoting my novels. But I think this is important.

I believe in American ingenuity. My introduction to the insurance/financial world included a three-martini lunch. During my early business years, Gerald Ford was President. He is quoted as saying before becoming President, "The three-martini lunch is the epitome of American efficiency. Where else can you get an earful, a bellyful, and a snootful at the same time?"

The three-martini lunches are long gone.

I have gotten a lot of feedback from my recent posts. Many of the comments indicated that people have gotten lazy because of the pandemic or that they no longer want to work. Many of you have said, "I can't hire people." They blame the laziness theory or enhanced unemployment benefits, etc.

Maybe instead of trying to place blame, it is time to change your business model. It's time to embrace change.

As Plato said, "necessity is indeed the mother of invention."

A study by the National Federation of Independent Business indicates "that half of small businesses have unfilled job openings, and a stunning 93 percent of those say few or no qualified applicants for those positions."

Yes, there is going to be a "new normal." And, it's going to have to involve things such as bots, artificial intelligence (AI), machine learning/training, higher wages, modified working hours, remote working, highbred work locations, and greater online connectivity. Suppose you're a business owner or in senior management and don't recognize that. In that case, it's time for you to retire or start working for someone who does.

If you look at the items listed above, the key is to do more with fewer people. To accomplish that, you are going to need to invest in technology. That applies all the way from retail stores and restaurants to the manufacturing of paper clips and cars to the dissemination of books and technical information.

According to a recent report from McKinsey & Company, "Disruption creates space for entrepreneurs—and that is what is happening in the United States, in particular, but also in other major economies. We admit that we didn't see this coming. . . . There's no going back. The great acceleration in the use of technology, digitization, and new forms of working is going to be sustained. Many executives reported that they moved 20 to 25 times faster than they thought possible on things like building supply-chain redundancies, improving data security, and increasing the use of advanced technologies in operations."

So I started in American business when the three-martini lunch was considered efficient. Over the next fifty years, I participated in changing a major American industry. The commercial insurance brokerage industry started as strictly a sales business. It was built around a sales staff and lived off commissions from insurance companies and the float between the time they received premiums from a business until they had to pay the insurance company. By the time I retired, it had become a knowledge/risk consulting business that principally lives off client fees, with some commission/float income. But, during this transformation, it grew, and the bottom line increased.

I must admit that part of that bottom line increase resulted from my reduced Chasen's (where I had my first 3-martini lunch), Brown Derby, Polo Lounge, Musso & Frank's, Pacific Dining Car, Taix, and Bull & Bush food and drink expense account bills.

Later in my career, I moved over to the insurance company side of the business. The American independent insurance agency concept was disappearing. Direct writing companies such as GEICO and Progressive were taking away the personal lines business. The large national brokers (Marsh & McLennan, AON) were after the middle market commercial business.  My first adventure was the restructuring of a major insurance company because of this change. That involved cutting the number of agencies it supported by over 50%. Part of the restructuring process was to retain agents that could lead us to middle-market accounts. At this point in time, we were competing with the international brokers, who, to expand their business, were targeting these same accounts. To compete, we formed a risk consulting operation. We went after the consulting fee business with an eye on the placement of excess insurance policies over self-insurance programs. The major profit for this particular insurance company came from the investment income from unearned premiums and claims reserves. Note that the claims on excess insurance policies can take years to settle, or better yet, the claim goes away.

The business world has never been static, and it never will be.

Just in case you missed it – For safety reasons, U.S. airlines are adding 5 to 10 pounds to the average weight of passengers because of the pandemic belly.