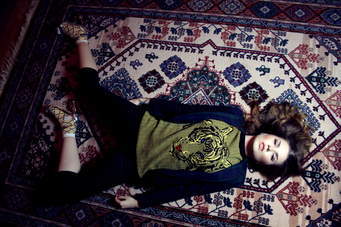 (A picture is worth a thousand words. Or maybe dollars.)

Yes, I was one of those that got caught up in Game of Thrones. I agreed with many on a Facebook post that the last episode was "Satisfactory" or "Adequate" at best.

My pick for the "Throne" was Arya Stark. Bran Stark (Three-Eyed Raven) was not even on my radar. I do like the fact that Arya is headed off to find new worlds. Maybe that will become a new series.

Like many others, it seemed to me that the writers lost interest this season, and just wanted to get something down on paper and get started on finding new jobs. I usually watch each episode twice, but I have no desire to rewatch the final episode. The feeling that the whole crew had lost interest in the show was cemented in my mind with the  "coffee cup" and "plastic water bottle" incidents.

By now, you know my mind works in strange ways. With the coffee cup and water bottle being on the set of a major production I was reminded of my father having to take still photos of a movie set before it was struck at the end of days shooting to maintain continuity when they started shooting the next day. Set stills are used to record all details of the set appearance, the cast wardrobe, and the background. Generally, the person in charge of continuity of a set is the script supervisor, who maintains records of the shoot, including the still or unit photographers pictures. As a crime novelist, my Thrones story goes as there was no real script, there was no need for a script supervisor. Therefore, the crime of noncontinuity took place.

But, let's say the coffee cup and water bottle were part of a real crime scene (see how my mind works) where a murder has occurred. Now you need a crime scene photographer who can accurately document the physical crime scene. Crime scene photographers take investigative/forensic photographs that can be used by lab techs, scientists, investigators, and members of the court in their search for the truth. Photographs of crime scenes were first used in 1851 and by the1870s were a standard investigative procedure. Their purpose is to document what is there and where it is in relationship to the scene, whether it is obviously connected to the crime or not. If correctly done shots are initially taken before anything is disturbed, and then again after the CSI's have worked the scene and placed their evidence markers.

As you will learn in upcoming Hartmann novels, crime scene pics can be the key to solving a murder. As an author of crime novels, I have gotten into this forensic tool in a big way. Pics were one of the first parts of the CSI movement. They preceded fingerprints, which were first used in 1892 to solve a murder. Pics were the DNA of the 1800s.

I love the BBC TV series Death in Paradise where D.I. Jack Mooney of the Saint Marie Police Department often solves a case by use of crime scene photos. To my surprise, Hartmann's favorite detective Sherlock Holmes who investigated crimes from 1887 to 1927 never used pics to help him solve a crime. Somewhat strange for a person who was well versed in forensic science; and was an expert at incorporating observation into his deductive reasoning. Apparently, he had a photographic mind that could remember every detail. Good luck in today's court system.

The lesson today is that pics besides being fun for the average person are critically important to operations of the media and law enforcement.