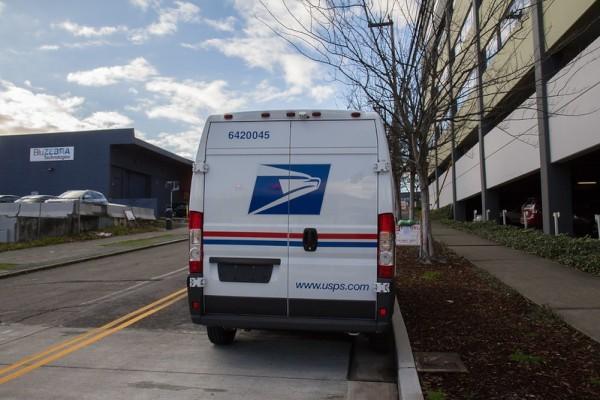 The following article is from the August 21, 2020 edition of Publishers Weekly. It conveys a lot of important information about the U.S. Postal Service that I have previously not seen. I must admit that my novels are primarily marketed through Amazon.

I recently did an experiment: I used my bookstore's postage software to generate three quotes for shipping the same hardcover book to the same address. I knew how it would end up, but the results still shocked me. FedEx Home Delivery: $14.03. UPS Ground: $23.87. USPS Media Mail: $2.94. The results of my experiment are a clear reminder that without the United States Postal Service, independent bookstores have little chance of making it. The USPS enables the innovations indies need to survive.

My bookstore, the Raven, in Lawrence, Kans., has survived this far into the pandemic thanks to a few adaptations. One of the most crucial changes has been learning how to better ship books. While most of our business remains in eastern Kansas, without our long-distance orders we would have faced difficult decisions, like furloughing staff or cutting operations. Because we were ready to make shipping a bigger part of what we do, we've sent books to all 50 states. Even better, our team is intact and rent is paid. This would have been impossible without the USPS.

When the reality of the pandemic set in, the first thing the Raven did was offer free shipping on website orders. It was a desperate decision, one made out of fear and uncertainty. After it became clear our customers and community would follow us into a new bookselling reality, I ran a Twitter poll asking if people would be willing to pay $2.50 to cover shipping—99% of people said they'd pay. A poll asking people if they'd be willing to pay $15 for shipping would have had much different results.

Every decision we make at the Raven is informed by the fact that what we sell is available elsewhere at a cheaper price. In our new bookselling reality, we also have to consider that the monopolizing e-commerce competition offers free and fast shipping for those much-cheaper books. The widespread availability of free next-day shipping has permanently changed what consumers expect.

Amazon, the company largely responsible for these new expectations, can offer shipping as a loss leader. Amazon has also built its own shipping network from scratch. Independent bookstores can do neither of these things. Still, we have to somehow get a slice of the online book sales market without these cutthroat anticompetitive strategies. The USPS, by offering its inexpensive Media Mail option, provides independent bookstores a way out of this bind.

According to the office of the USPS inspector general, lower rates for educational materials originated in "the first federal postal policy, which recognized that disseminating newspapers at below-cost postage would advance the important social goal of educating the electorate." In 1938, more than a century later, Morris L. Ernst, a lawyer and friend of President Franklin Roosevelt, ran a comparative-postage experiment not unlike my own. Ernst, working for the National Committee to Abolish Postal Discrimination Against Books, sent President Roosevelt two packages of equal weight. One contained books written by Shakespeare; the other contained "dirty magazines." Shipping the Shakespeare cost 300% more. FDR was thereby convinced of the need for lower postage for books, and the book rate he subsequently implemented survives today as Media Mail. So Media Mail is more than just a cheap book rate; it's the government's show of confidence in the importance of well-read, well-informed citizens.

Perhaps it's no surprise that the current presidential administration, so keen on dismantling truth itself, would attack the USPS. After all, with Media Mail, the USPS demonstrates a built-in faith that books should move freely and easily among all the country's citizens.

I posted the results of my own shipping-quote experiment on Twitter. Some folks told me to negotiate better rates with the private carriers. But even if UPS or FedEx would be willing to negotiate with a tiny Kansas bookstore, the resulting rates would certainly still be higher than Media Mail's. Part of the magic of the USPS is that individuals don't have to negotiate rates. The USPS is required by law to offer the same rates to every person and address in the United States. Rather than think of the USPS as a business that needs to turn a profit, let's treat it as the essential government service that it is.

On August 13, President Trump admitted on Fox News that his efforts to curb voting via mail have led him to block emergency funding for the USPS. As a result of this act of voter suppression, the USPS is facing an existential threat. Action must be taken to save it. Among so many other things the Post Office supports (jobs, the democratic process), saving the USPS means saving independent bookstores.

Danny Caine, owner of the Raven Book Store, is the author of three books of poetry and the zine How to Resist Amazon and Why.