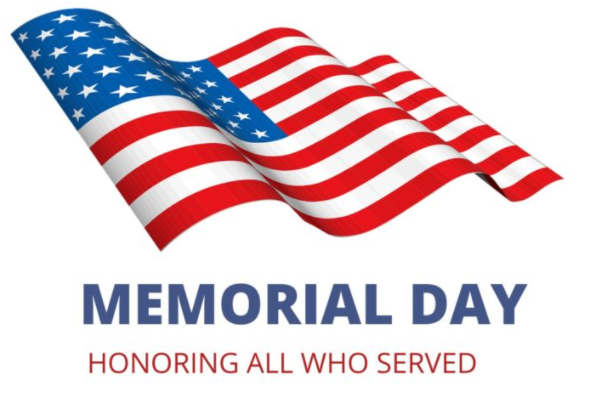 It's nice to see things getting back to somewhat normal. The AAA has indicated more than 37 million people are expected to travel over 50 miles this weekend. That will be a 60% increase from last year's record-low of 23 million travelers.

For us, old-timers before 1971, Memorial Day was known as Decoration Day. The holiday goes way back, originating during the American Civil War when citizens placed flowers on the graves of those killed in battle.

I'm sticking close to home with no desire to battle the traveling herds.

A Gallup poll has revealed that only 28% of Americans know the true meaning of Memorial Day. While our Military continues to lose members in our numerous undeclared wars, their efforts and those that preceded them in declared wars are lost on most of our population. What a shame!

As we from the Silent Generation decline in numbers, the concept of recognizing those that gave their all for our country seems to be declining with us.

The PBS National Memorial Day Concert that honors our country's veterans, active service members, and their families always brings tears to my eyes. I believe it does an excellent job at telling the stories of those who have served and given the ultimate sacrifice. In the broadcast, celebrities share real-life stories spanning the broad history of our nation's military conflicts. Award-winning musicians perform songs in tribute to our country's true heroes. The finest performers from the United States premier military choirs and ensembles are featured.

Let us all remember those who gave their all. Then let us celebrate the lives we lead, knowing the cost was ultimate sacrifices by so many of our fellow Americans.