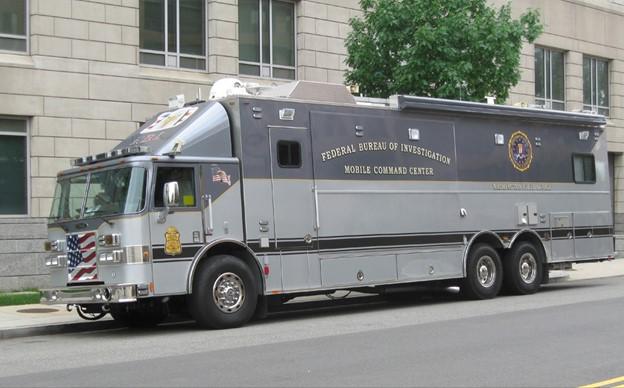 My post titled "Why the FBI?" (08.05.20) indicates why I selected the FBI as the law enforcement agency to be the centerpiece for my novels. Now each day, as I write the FBI Special Agent Hartmann Series of novels, I think, "What Would the FBI Do?"

I'm currently working on "Death Behind the Pink Wall," about four young people from wealthy and middle-class families in Santa Barbara who are recruited over the Internet by ISIS. The ISIS brainwashing of them is so powerful that they murder the U.S. Secretary of State and his wife during a Presidential retreat at Sunnyland, in Rancho Mirage, California. They escape the murder scene with the murdered couples baby boy named Michael.

This morning there was a press release by FBI Director Christopher Wray that provided me with additional incite for my novel. Here is part of that press release –

"FBI Director Christopher Wray delivered the following remarks during a press conference in Washington, D.C. with Department of Justice officials announcing the indictments of ISIS members Alexanda Amon Kotey and El Shafee Elsheikh on charges related to their participation in a brutal hostage-taking scheme that resulted in the deaths of four American citizens as well as the deaths of British and Japanese nationals in Syria. (Remarks as delivered)

Today's announcement makes clear once again that combating terrorism remains the FBI's top priority—and that the entire United States government remains committed to bringing to justice anyone who harms our citizens.

We showed that resolve to the world last week by repatriating Americans who had traveled to Syria to support ISIS—so that they will face charges here. And today, we're demonstrating that resolve by bringing to our shores two men who left Britain to become ISIS terrorists. Now they are going to face justice in an American court of law for crimes against American citizens."

On further researching the info in the press release, I found that ISIS cells have names. The cell involved in the press release was called the "Beatles" because the cell members spoke with a British accent. I have now named the cell involving my four young people, the "Gamers," because they love to play video games. That was how they were initially recruited by ISIS.

Then last night, a new FBI TV Show (there sure are a lot of them – they all started after I began writing my FBI Special Agent Hartmann Series) added to my knowledge. "The FBI Declassified" is a form of a reality TV show that provides a  look at some of the most notable cases handled by real-life FBI agents and analysts. The pilot show was about the kidnapping of a young boy. It reinforced in me the vast extent of the FBI's resources.

In "Death Behind the Pink Wall" the four young people destroy a house they use in their terrorist act with a bomb and incendiary device. Until last night, I just kind of mentioned the house blew up and burned. Based on "The FBI Declassified" show, today, I have expanded my writing of "Death Behind the Pink Wall" to include the use of more FBI resources. I now have a scene where the FBI sets up a tent adjacent to the destroyed home and sifts through the rubble to find DNA, physical items that may identify the unsubs, and possibly find the body of a baby.