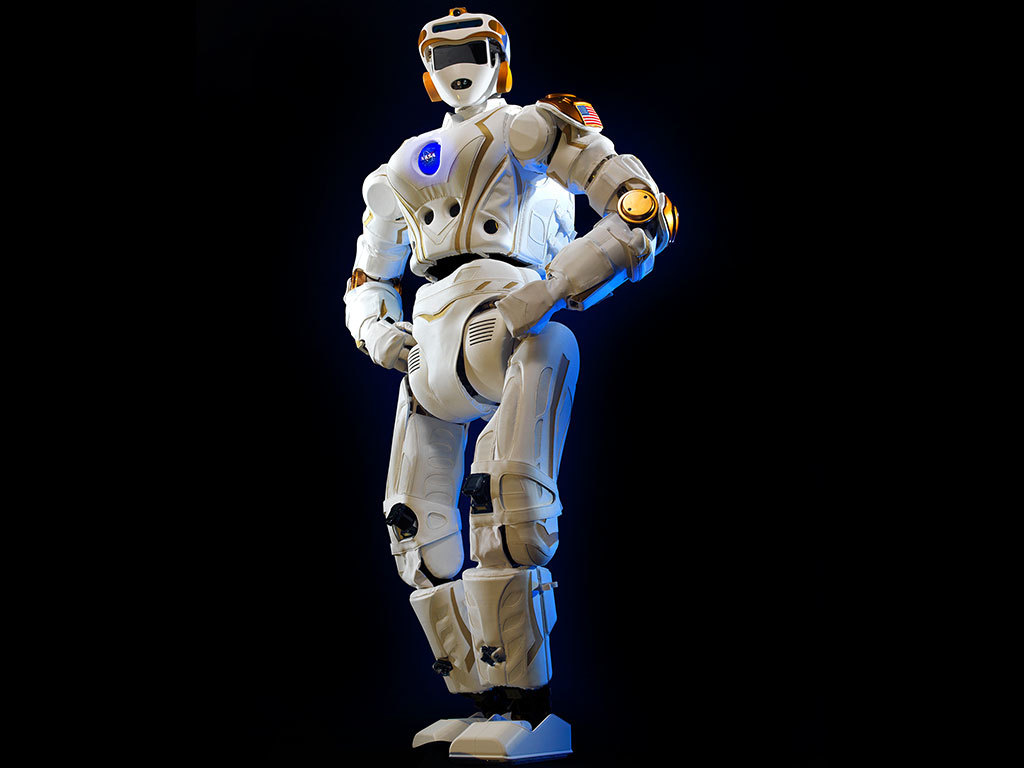 Have you ever wondered about "ROBOTICS?"

I have taken quite an interest in the subject, after reading a news story about the Chinese Military belief the only way they could defeat the American Military in an expanded land battle is through the use of robotic military equipment. This is a very minor part of the plotline in a manuscript I am working on titled, "Death Behind the Pink Wall," where the American Secretary of State is murdered, and my protagonist FBI Special Agent Hartmann is called in by the President to find the killer.

As part of my research on the current state of robotics, I took a Future Learn online course developed by the Australian Queensland University of Technology titled – Introducing Robotics: Robotics and Society. By the way, if you like on-line courses designed to keep you up to date you should check out Future Learn at www.futurelearn.com

1.    My favorite robot – Not something I had really thought about, but I will go along with several others with R2D2 from the movie Star Wars.

2.    Why am I taking the course? A novel I am currently writing involves the current challenge competition between the U.S. Military and the Chinese Military in the development of robots for military use. There is also mention of the effects of robots and Artificial Intelligence (AI) on society and the direction they are headed. Note that it is a realistic crime novel, not a science fiction novel.

3.    Robots in Fiction – As a writer, I was surprised to learn how much the concept of robots came from literature. It seems society likes the concept. I must admit in the novel I am currently writing; my robots do not comply with Asimov's Laws. But also, they are not rebelling against their makers, as so many novels seem to feature. They are just being used by humans to create havoc.

Robot is a Czech word meaning worker or slave, and was coined in 1920 by Czech playwright Karel Capek, in his play 'Rossum's Universal Robot.'

1.    A robot may not injure a human, or through inaction, allow a human to come to harm.

2.    A robot must obey orders given by humans, except where such orders conflict with the First Law.

3.    A robot must protect its own existence as long as such protection does not conflict with the First or Second Laws.

4.    Ethics of Using Robots – The world has changed and will continue to change. Privacy is rapidly disappearing, and this seems to be accepted by much of society (CTV, Facial Recognition, In-Home Help Devices). I have previously mentioned the acceptance by 'some' countries militaries of the use of robotics in battle.

I am a retired researcher from the insurance industry, and one of my last assignments was to study the effect of autonomous vehicles (cars, trucks) on the industry. My conclusion was that they will have a significant economic impact on the industry. This is because they will significantly reduce the number and severity of accidents, meaning lower premiums going the insurance companies. Also, where the insurance dollar originates could change, as the responsibility of accidents will move from the vehicles' owner to the manufacturer, most of whom rely heavily on self-insurance. The income stream will be vastly reduced for property & casualty insurance companies.

5.    Are you afraid of robots? If so, where might this wariness of fear come from? Are there cultural or religious reasons why you do or do not fear robots?

Basically, no, I am not afraid of robots. I suspect if they were aggressive, and/or armed, that would change. Or, their size might make me uncomfortable. Humans are wary of other humans that differ from them until they get to know them. I assume the same would apply to robots.

For me, acceptance of robots is a given, as their use will continue to expand, and they will become more complex. Society continues to advance, whether you like it or not. It was not that long ago that cell phones did not exist. Today just about everyone has one. Autonomous cars are headed the same way and will have the same dramatic effect on our lives.

I can't see why a cultural or religious belief would affect the use of robots, but who knows in today's world? I did learn from other students replies to this and other questions that some cultures (Japanese, maybe Chinese) believe in anthropomorphism, or the attribution of human traits or emotions to things.

6.    What advancement do you foresee in the workplace for robots? Last year I attended a writer's conference at Warner Bros. Studio in Burbank where a whole session was devoted to AI script writing. Get ready for T.V. series shows with a set cast and formatted plot (i.e., NCIS, Doc Martin) where the scrip is written using AI. One of my instructor's response – "They certainly wouldn't be the worst pieces of writing that Hollywood could provide."

7.    How do you think your life in the next 20 and 40 years will be affected by robots? At age 81 this is not something I need to worry about. I'm kind of glad I was born when I was. It was a great time to be alive in the United States. I went through the Happy Days period of innocence and an interesting time of social and technical advancement. At 5 there was a black party line phone hung on the hallway wall, later a black tabletop phone with a rotary dial changed to a white push-button phone, then the buttons disappeared, and your finger touched spots on the cell phone screen, now you just tell it what to do. All these changes occurred during my lifetime. Maybe before I kick off the thing will just read my mind.

I also grew up listening to radio shows where your mind did a lot of imagination, now I have a smart T.V, that my mind can't figure out.

Sorry for what I will be leaving the generations to come. I wish all you the best in figuring out how to handle what's ahead.