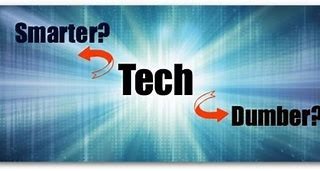 I hope that you're all keeping safe and well.

It was good to hear the new CDC masking and distancing guidelines. I listened to the logic behind them and question whether they are based on politics or science. But, whichever the news was good.

Here's what the CDC said - "Anyone who is fully vaccinated can participate in indoor and outdoor activities, large or small, without wearing a mask or physical distancing. If you are fully vaccinated, you can start doing the things that you had stopped doing because of the pandemic. We have all longed for this moment when we can get back to some sense of normalcy."

Just do not try following these new guidelines in Burbank. At least not yet. I did and was stopped by two of the City's mask control guys yesterday. I politely put my mask on as I watched people walk by without them. It's a time of confusion.

The current confusion got me wondering if we are getting smarter or dumber. The last articles I could find on IQ tests went back to 2018 and indicated that the average IQ was declining in many countries. Apparently, IQ testing is on the outs. It was suggested that intelligence becomes whatever IQ tests measure. I liked what Harvard professor Edwin Boring (great name for a professor) said, "Intelligence is what the tests test. The construct of human intelligence is fundamental to the sort of society that we live in; intelligence is central to new discoveries, finding solutions to important problems, and many other important qualities we value. Numerous questions remain about not just how to measure intelligence but also how we improve intelligence and prevent our cognitive abilities from declining as we get older."

The benefits of technology to make everyone's lives easier are clear, but whether it is making people smarter or dumber is up for debate. I got off on this subject because my knowledge of words like cryptocurrency, blockchain, computer mining, and distributed ledger are not fully understood by me. Does this mean my IQ is declining?

I watched CNBC this morning. One of the financial advisors recommended that at least 3% of an investment portfolio be in cryptocurrency. So, which one do I pick - Bitcoin, Ethereum, Ripple, Bitcoin Cash, Cardano, Litecoin, NEM, Stellar, IOTA, or EOS?

Or I could invest in Dogecoin, a cryptocurrency created as a joke — its name refers to a popular Internet meme. But this joke thing went up more than 8,000% since the beginning of this year. And Elon Musk indicated he is working with the makers of Dogecoin to improve their "transaction efficiency." Then Musk announced you can no longer buy a Tesla with Bitcoin. Its value immediately dropped. I wonder what would happen if Musk announced that you could no longer buy a Tesla with American dollars?

So, I need a key that I must not lose, to use something that only lives online and has no official physical form. But I'm told I can buy it, spend it, sell it, and trade it. Unlike the American dollar, a cryptocurrency is decentralized and not backed by any government or central authority. Instead, it relies on cryptography (like special codes) to make it secure. And a virtual public ledger known as "blockchain" keeps track of transactions and makes it difficult to hack or counterfeit.

It was interesting to note that Colonial Pipeline paid the extortionist hacking group Darkside with 75 Bitcoin worth 5 million dollars within hours of the attack. Once Darkside received the payment, they provided the pipeline operator with a decrypting tool to restore its disabled computer network.

From my insurance trade publication, I also learned that Ireland's health service operator shut down all its IT systems on Friday to protect them from a "significant" ransomware attack. The attack crippled its diagnostic services, disrupting COVID-19 testing and forcing hospitals to cancel many appointments. And that a Toshiba division was hacked by the Darkside ransomware group.

The only purpose I can see for creating a cryptocurrency is to create chaos and destroy the existing monetary systems that support governments and their economies. You combine a cryptocurrency with online fraud, and you have created a severe threat to world stability.

I have a suggestion for McDonald's who is having a hard time finding young employees. Start paying them with cryptocurrency. They will eat it up.

I may be getting dumber. Or maybe I am just smarter.