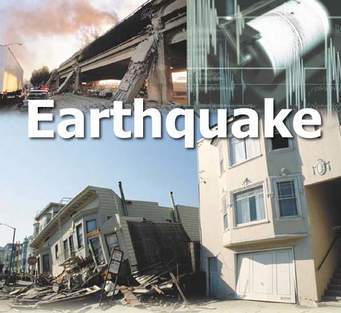 I was working on Developmental Editing recommendations from my publisher when things started to rock and roll. And, I mean rock and roll. I stood and watched as my bookshelves moved back and forth, praying the earthquake would stop before things started falling on the floor. There was an initial moderate quake, then a pause (I took a breath) and then my apartment building moved back and forth, and I really started to worry. I can happily report, no damage, except to my psyche.

The quake brought back two memories from the past. My venture in trying to start an insurance company in California, which was filed with the Department of Insurance as Earthquake Mutual Insurance Company. After several variations in the concept, it finally was designed as a reinsurance company to reinsure insurance companies for their earthquake exposure to their books of homeowners business. The policyholders were insurance companies, who could be assessed in the event of a major earthquake loss. The company had a feature through a Lloyd's of London reinsurance program to spread large losses over a number of years. It was ready to be funded when the State of California decided the idea was so good they would do it themselves. Thus, the formation of the California Earthquake Authority and the sidelining of Earthquake Mutual.

The quake also reminded me of Trona, California, which has been severely damaged by the current earthquake. I am sure that I am one of the few people to visit Trona. It is just southwest of Death Vally, and there is no reason to go to the town unless you are with Marsh & McLennan and one of your accounts is American Potash. The town's population was approximately 2,000 hermits. Once, a year I would accompany the Risk Manager for American Potash to their facility in Trona. This was a true "company town" formed in 1913. The company built and owned all the buildings, plus the Trona Railway needed to transport the potash to the Union Pacific mainline. During World War I, it was the only reliable American source for potash an essential element of gunpowder. In 1967 American Potash was purchased by Kerr-McGee and the account was transferred to Marsh's Denver Office, and my annual trips to Trona happily ended.

These are just two of my many interesting insurance adventures. Now back to editing. I have a deadline to meet.