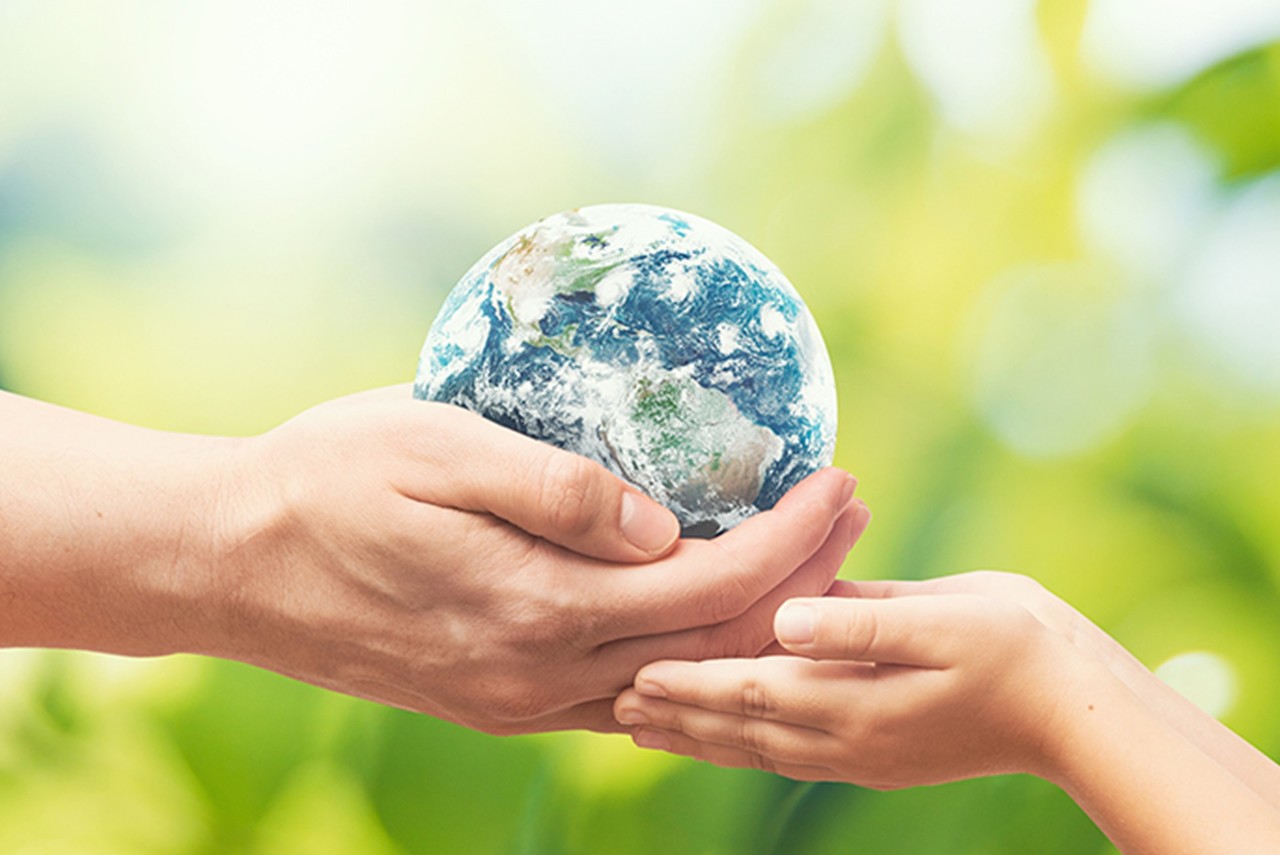 Tomorrow April 22, is Earth Day. It was first celebrated in 1970, only in the United States. It is reported that more than 20 million people poured out onto the streets of America on that first Earth Day, which is the largest single-day protest in human history. Today it is celebrated by more than 190 countries around the World.  The Day was established so people could demonstrate their support for the concept of environmental protection. The objective is to conserve natural resources and the existing natural environment and, where possible, repair damage done to the Earth by humans.

Growing up in the 50's I can relate to this comment on the Earthday.org website – "In the decades leading up to the first Earth Day, Americans were consuming vast amounts of leaded gas through massive and inefficient automobiles. Industry belched out smoke and sludge with little fear of the consequences from either the law or bad press. Air pollution was commonly accepted as the smell of prosperity. Until this point, mainstream America remained largely oblivious to environmental concerns and how a polluted environment threatens human health."

In 1950 the population of West Hollywood, where I grew up, was 1,196. The 2010 U.S. Census put the population at 34,399. I remember the skies outside my parents' home being clean, clear, and blue, then over the years turning to brown, smelly smog that made your eyes water. I don't remember the weather patterns changing each year significantly like they do now.

My trash bag is filled with plastic bottles and other types of plastic containers every day. I noted this piece about an organization called Plastic Bank and felt it was appropriate to share it with you on Earth Day. "Plastic Bank® empowers the regenerative society. We are helping the world stop ocean plastic while improving the lives of collector communities. Plastic Bank builds ethical recycling ecosystems in coastal communities. It reprocesses the materials for reintroduction into the global manufacturing supply chain. Collectors receive a premium for the materials they collect, which helps them provide basic family necessities such as groceries, cooking fuel, school tuition, and health insurance. Plastic Bank's certified blockchain platform secures the entire transaction. It provides real-time data visualization – allowing for transparency, traceability, and rapid scalability. The collected material is reborn as Social Plastic®, which can be easily reintegrated into products and packaging as part of a closed-loop supply chain. Plastic Bank currently operates in Haiti, Brazil, Indonesia, the Philippines, and Egypt. Learn more at plasticbank.com."

Earth Day is a meaningful day as respects the plot for my upcoming sci-fi novel SKYWARD. Its existence represents one of the reasons the Bowman Twins want to establish a colony on the moon. They want to get away from a continuing declining environment and believe the colonizing of space can help prolong the Earth's life.

I'm an old-timer who luckily grew up in a quiet time. Yes, it was like Happy Days, the T.V. show. The air was clear, the traffic was light, and people were civil to each other. So I have to do my research to understand the millennial generation and their problems as they grew up for my novel SKYWARD.

It was fun to watch Ingenuity, NASA's experimental helicopter, fly in the thin atmosphere of Mars. While the trip only lasted 39 seconds, it made history. The first powered flight on another planet had been achieved. The tiny four-pound helicopter hitched a ride to the red planet on NASA's Perseverance rover, which touched down in February. Its success will pave the way for future helicopters, giving humans a "whole new way to explore alien terrain," one astronomer said.

It's good to see that Americans aged 16 and older are now eligible to receive the Covid-19 vaccine. I urge you to get vaccinated. Then they can stop playing public service commercials on television showing needles going into people's arms. For some reason, I'm squeamish about watching people getting stuck with a needle.