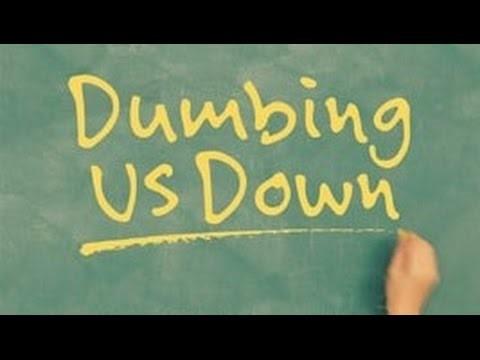 My horoscope in today's Los Angeles Times reads – "Your manner of relating is a gift, an emotional balm. Such exchanges are more valuable than most realize." I can only hope you find this to be true.

I started writing this post because of the current battle between "politics" and "science." It got expanded when I watched the heads of Google, Facebook, and Twitter get questioned by Senate Committee. It reflects my firm belief in the need for upgrading the education of American's.

First, my battle with Facebook continues. For those who don't know, these posts have been suppressed by FB because their algorithms found them to be political in nature. I'm still battling this, but there does appear to be light at the end of the tunnel. To fix the problem, I have registered with them as a political commentator. But, now I can't comment until after the election.

I found this old coot is somewhat behind the times as to what's happening in the world around me. I recognize that at least some of the populace has gotten a lot smarter over the past thirty years. Otherwise, we would not have the devices/aids (i.e., computers, smartphones, autonomous vehicles, GPS, space exploration) that help at least some of us live better lives. But, it seems we have left a lot of the populace behind as respects getting smarter.

People, by nature, are not comfortable with the unknown. Education helps in doing away with the unknown. The less you know about our world and the people in it, the more susceptible you are to propaganda, misinformation, and "false news." I believe education or knowledge lessens discrimination. By nature, you are wary of others who are different from you because you don't know them. We need our populous as a whole to get smarter for our country to survive.

I have always been a proponent of education as it trains you on how to do research things, which takes you to knowledge. Knowledge takes away the unknown and provides comfort or, yes, in some cases, rightfully scares you because there is a "real" (maybe scientific) danger to be addressed.

Stanford students Larry Page and Sergey Brin, who found Google, and Harvard student Mark Zuckerberg who founded Facebook, are smart people. But their facilities at the moment both contribute to misinformation. And this is a big problem because those facilities are trusted by many without question.  You need education/knowledge to avoid getting trapped into believing in misinformation. We need to avoid lazy minds because they lead people astray or create followers of tribes.  Knowledge is not self-given; it is learned.

I noted this week that discrimination creates a lack of education among our black population.  One article I read indicated that black students consider going to school a punishment because of how they are treated (discriminated against) by the school staff or other students. Apparently, we need to educate our educators, as this is a problem that needs to be solved.

An article in the October 30, 2020 issue of "The Week" indicated that public schools in San Diego have instituted new "equitable grading practices." With grades no longer affected by homework, tests, attendance, or other "factors that directly measure students' knowledge." District official Richard Barrera explained, "If we're actually going to be an anti-racist school district, we have to confront practices like this."

I understand the reasoning behind the "equitable grading practices" concept. But it will result in the dumbing down of America. The proponents have taken the science out of grading and replaced it with subjective evaluations. The old grading by the curve concept admittedly is faulty because each educator established their own criteria for establishing the curve. But what they have replaced it with is totally reliant on those same educators' just using erroneous human factor evaluation.

Maybe part of the educators and their students' education solution is to immerse them in cold water. According to a Cambridge University study, immersion in cold water increases the growth of brain synapses.

As respects, the algorithms used by Facebook and Google, I find them to be a form of censorship or even book burning. My initial suggestion is that these organizations establish a separate database that acts as a footnote. That database would be similar to an encyclopedia that provides only verified information on subjects. The user could click on it to obtain information that will educate them as respects the subject being Googled, rather than Google censoring material being posted.

The growing trend of tribalism by both ultra-conservative and ultra-liberal groups bothers me. To a degree, it has spilled over to groups trying to do the right thing. Yes, Black Live Matter; Yes, Brown Lives Matter; Yes, Women's Rights Matter! But, more importantly, "ALL LIVES MATTER!"  Move away from quasi establishing tribes. Through education, you can make people colorblind and blind to sexual discrimination and orientation. Rather than establishing new tribes, we should be emphasizing that All Lives Matter, including Black Lives. All Lives Matter, including Brown Lives.

All People Matter! And everyone will matter more through education.