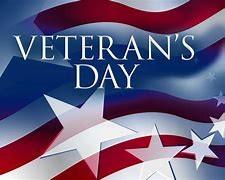 To all of you Veterans, I thank you for your service!!!

Today is Veterans Day, a time for us to pay our respects to those who have served in our military. One day each year, we stand united in respect for you, our veterans. But in our hearts, we stand united for you every day of the year.

I was recently thanked for my service by a young lady at my usual watering hole. I thanked her and indicated that I served in an office paying the Army's bills. She immediately responded that it doesn't make a difference you served. That made me feel good. Please, today, go out of your way to thank those who have served. Make them feel good! They deserve it!

In developing my protagonist FBI Special Agent Hartmann, I made him a veteran. By doing this, I believe it gives the reader some added respect for him. But, keeping with the adage, "write what you know," I had him serving in the Army Finance Corps. Apparently, subconsciously I felt he needed to do something to gain further respect. Hartmann is assigned to a covert mission as part of an Army Special Forces team to accomplish this. He trains with them for a mission that will take them into North Korea to destroy printing plates being used to make counterfeit United States currency.

Here's a segment from my first novel, "Death & Taxes," which provides insight into Hartmann and his love of our country.

Alice looked at the two of them sitting by the fire with brandies in their hands. "My two soldier boys."

"Oh God, that goes a ways back. It's like ancient history," Dick responded.

"Yeah, but we had some fun saving the world," added Jack.

"How did we ever survive?"

"You talking about our weird mission or the bars we went to?"

"Look at you two now.  The chief of staff to the President of the United States and the FBI's celebratory crime solver, who is in the press all the time.  Who would have thunk? I'm proud of you both."

"It's a nice feeling to do what I do at the FBI.  I know it sounds corny, but at the end of the day, I feel confident that I have made a difference in the safety of our country," responded Dick.

P.S. – For more info on me or to look at other posts I have written, go to www.richardvrupp.com