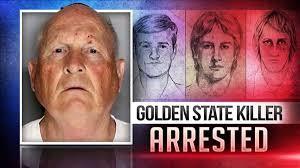 An academic paper by Gorazd Mesko and Andre Lemaitre titled 'Crime, Media and Fear of Crime' indicates that "Crime is one of the greatest creators of myths."

What's a Myth? One dictionary definition is that its "a traditional story, especially one concerning the early history of a people or explaining some natural or social phenomenon, and typically involving supernatural beings or events."

My research indicates that people like myths. Especially myths or stories that involve crime. They often scare them, but they still like reading or seeing stories about them. Who writes more about crime and creates more myths than anyone? The press.

While the crime rate has been falling in the United States (maybe not as I write this piece during the Pandemic and social upheaval), most Americans don't perceive it that way. Why? The press. Over 50% of the articles in major newspapers involve crime. From 1993 to 1996, the national murder rate dropped by 20%. During the same period, stories about murders on the A.B.C., N.B.C., and C.B.S. network newscasts rose by 721%.

Where do criminal nicknames come from? The press. "Jack the Ripper" – "the Zodiac Killer" – "Son of Sam"

How about this headline – "Jacks Back," or "The Acid Bath Murder."

The picture above is of Joseph DeAngelo, who terrorized California as the Golden State Killer during the 1970s and '80s. He committed 13 murders and at least 50 rapes. Thanks to D.N.A. testing, he was finally caught at age 74 and sentenced to life in prison.

In reading the above mentioned academic paper "Crime, Media and the Fear of Crime" I noted the following takeaways  -

1.    The public has a fascination with matters of right and wrong, 'good' versus 'evil,' and the risk associated with their interaction.

2.    The media provides the narrative for the public's incite into 'good' versus 'evil.'

3.    Politicians playing the media and the media itself creates criminal myths by their use of specific words.

5.    Crime gets a politician's attention.