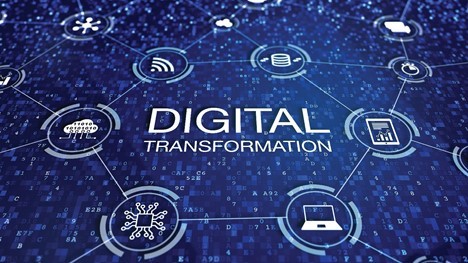 I watched great college basketball this past weekend. Two buzzer-beaters games. Gonzaga had its most challenging match this season against UCLA with a 3 point win in the men's tournament. Then watched the women's basketball game between Arizona vs. Stanford. It was a one-point win for Stanford. Looking forward to watching the men's final match tonight between No. 1 Baylor vs. No. 1 Gonzaga. As a West Coast guy, I'm rooting for Gonzaga.

I've just added a new word to my vocabulary that applies to some of the characters in my upcoming novel SKYWARD – Affluenza, a psychological malaise supposedly affecting wealthy young people, symptoms of which include a lack of motivation, feelings of guilt, and a sense of isolation. It has also been used to refer to an inability to understand the consequences of one's actions because of financial privilege. It makes them believe they own the world.

In recent posts, I introduced SKY, the supercomputer at the heart of maintaining and the survival of the Bowman Colony on the Moon, in my novel SKYWARD. I have also indicated that millennials are tied to their digital devices. They communicate with them, rely on them to answer questions, get news updates, give directions, provide games and entertainment, and monitor their vital signs. According to Adobe's research, millennials spend an average of 8.5 hours a day reading, watching, creating, and engaging with content on their digital devices. With the addition of artificial intelligence, our society is going through what is termed a digital transformation. It is said supercomputers are pushing the boundaries of science to levels that the human intellect would be incapable of reaching on its own.

We have moved from the "information age" to the "digital age." In a recent course description, the University of New York refers to the "digital citizen." They define such a citizen "as  a person who develops the skills and knowledge to effectively use the internet and digital technologies; who uses digital technologies and the internet in appropriate and responsible ways in order to engage and participate in society and politics."

We are now on the verge of expanding this digital transformation to our bodies. Applied Digital Solutions announced a successful field trial of a prototype GPS device that can be implanted into humans. According to their press release, the internally rechargeable device can wirelessly transmit location, movements, and vital signs via the Internet, storing them in a database. Will millennials and Gen Z buy into this? I predict the answer is yes. At least in my novel SKYWARD, they do.

One of my readers commented that the name Bowman is not new to the Sci-Fi world. In the 1968 movie "2001: A SPACE ODYSSEY," directed by Stanley Kubrick, he pointed out that there is a character aboard the spaceship by the name of Dr. David Bowman. I must suspect my Bowman Twins are related to him. Just kidding. I picked the name out of the air.

The movie also has a controlling supercomputer by the name of HAL that creates problems for the humans onboard the spacecraft. This seems to be a reoccurring theme throughout sci-fi movies and novels. You will be seeing another out-of-control supercomputer on an upcoming Fox Television by the name of NEXT. Apparently, NEXT goes rogue as it evolves and targets and kills anyone it sees as a threat to its existence.

How about real-world supercomputers. There are lots of them, and for some reason, they are given names just like the sci-fi one. The world's most powerful supercomputer today is SUMMIT. It was constructed by IBM for the U.S. Department of Energy's Oak Ridge National Laboratory in Tennessee. It occupies the equivalent of two basketball courts. Then there is IMB's SIERRA, reported being the second most powerful supercomputer.  It is located in California's Lawrence Livermore National Laboratory.

China is in the picture with its TAIHULIGHT, a supercomputer built by the National Centre for Engineering Research and Parallel Computing Technology and installed at the National Supercomputing Centre in Wuxi. Or how about MILKY WAY 2A, developed by the Chinese National University of Defence Technology.

The Advanced Computing Center at the University of Texas at Austin has a supercomputer called FRONTERA, built by Dell and equipped by Intel. It is the world's fastest supercomputer located in a university. Since June, it has been collaborating with three dozen scientific teams in research related to the physics of black holes, quantum mechanics, drug design, and climate models.

The scary thing is that someone or a small group wrote the codes for the supercomputers and their AI programs. I wonder what were they thinking when they did the coding?