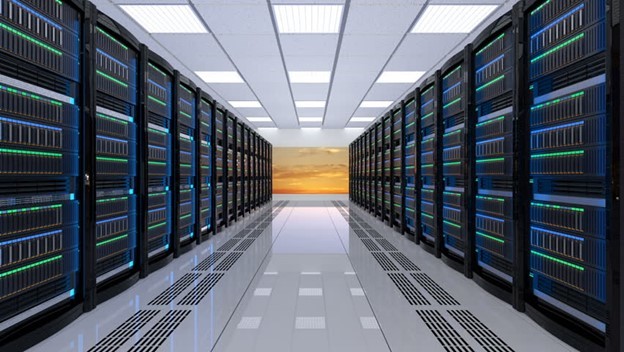 It's spring. The pandemic seems to be receding. I've received my second Covid Virus Vaccine shot, and I'm as busy as could be.  How about you?

WOOPS, I missed my Wednesday, March 31st post. I suspect it was a combination of March Madness, Covid Vaccine reaction, and my excitement about what I'm writing. I will be watching today's games between Baylor vs. Houston and Gonzaga (my pick to win it all) and the UCLA cinderella team (who I would love to see win). For the first time in history, all of the teams are from West of the Mississippi. This may impact the timeliness of my next post.

I also enjoyed watching the women's basketball tournament. Yes, the West is dominant in basketball, with two Pac -10 teams Stanford and Arizona, going for the national title on Sunday. The Cardinal took down South Carolina by one point, and the Wildcats upset Uconn.

Good news on the economic front: Employment surged by 916,000 jobs in March, as schools reopened and restaurant capacity expanded.

I'm all for this - D.E.A.R. stands for "Drop Everything and Read," a month-long celebration of reading established by the NATIONAL LIBRARY ASSOCIATION designed to remind folks of all ages to make reading a priority activity in their lives. You may remember that Beverly Cleary wrote about D.E.A.R. in Ramona Quimby, Age 8. Since then, "Drop Everything and Read" programs have been held nationwide on April 12th to honor Mrs. Cleary's birthday.

I have read that a good author ends up having conversations with their characters. The conversation with characters part applies to me. In developing my novel SKYWARD, I'm also finding the plot development is leading me in unexpected directions.

The story involves the Bowman twins who are developing a colony on the Moon. They are millennials who are now of the age to exert their power in the world. As it's their idea to colonize the Universe and their wealth making it possible, they get to select who gets to go and the Colony structure. They have figured out that they must play the political game with the old Washington D.C. politicians to accomplish their objective.

They use their family contacts to make an agreement with POTUS to get the scientific support of NASA and to keep the U. S. Government off their backs as they proceed. The deal includes a provision that the Pioneers (not astronauts - more on this in another post) who are selected to go to the Colony will be in the same proportion as the ethnic makeup of the U.S. population (62% White, 17% Hispanic, 6% Asian, 12% Black, and 3% Other).

However, other than that agreement by the nature and objective of the project, discrimination abounds. Pioneers must meet the following criteria - be between the ages of 25 and 45; be in excellent physical condition; not be obese; have a high I.Q.; have a STEM educational background; be fluent and understandable in English; have no criminal history; pass mental health tests, and be willing to partner or team up with a Pioneer of the opposite sex.

This selection criteria mean the Bowman Colonies society will be made up exclusively of millennials, who are digital natives (grown up in the digital age and used to using computers, the Internet, play video games, use mobile phones, social media, and tablets). They come from the hookup culture and the notion of "friends with benefits." One study found that 62% of millennials indicated that premarital sex was OK. It's suggested that acceptance of premarital sex rose as people waited longer to get married, the researchers wrote. In 1970, the median age at which women married for the first time was 21, and for men, it was 23. By 2010, those ages rose to 27 and 29, respectively.

The lack of interest in religion goes along with the Millenials sexual beliefs. This comes from an OP-ED Page article in the LA TIMES by Phil Zuckerman titled "Why America's Record Godlessness Is A Good Thing." According to a recent Gallup Poll, only 36% of Millenials belong to a church, synagogue, or mosque. This has reduced the overall religious attendance in the U.S. to 47%, 20% less than in 2000. This downward spiral will continue as older generations die off. Millennials and Gen Z, who have the same beliefs as the Millenials, will replace them.

For us, old-time Earth people, the Bowman Colony society will not reflect anything like what we have grown up with here on Earth. And, don't forget this Colony is designed to be the jumping-off point for colonization of the Universe. It will be a scientifically oriented, non-religious society that needs to work together as a team for survival and understands that privacy no longer exists. It is a society where having children is encouraged in the belief their children and grandchildren will become pioneers that will populate the Universe. In effect, it is a commune (a group of people living together and sharing possessions and responsibilities) led by its founders. While the Bowman twins control it, they allow many decisions to be made by a group vote where everyone has the right to vote. Sky tallies the votes and makes sure there is no voter fraud.

Not the direction I was initially headed, but it's where I ended up. My novel is scientifically based, so I'm following the science. In my novel SKYWARD, it is recognized by the founders of the Bowman Moon Colony that the Moon is not that hospitable to humans. To maintain a safe and livable habit (atmosphere, temperature, fire suppression, medical emergency, accident, etc.), the Colony relies on Sky, an ultra-intelligent master computer. It not only monitors the physical space with sensors and cameras, but it also keeps tabs on the location and vital signs of each Colonist. To qualify to become a Colonist, a person must provide their entire medical history and take physicals and lab and psychological tests kept in Sky. Privacy is limited to what is in each Colonist's mind; otherwise, everything is known to Sky. Sky will protect you. Maybe Sky is God?

Back to March Madness.