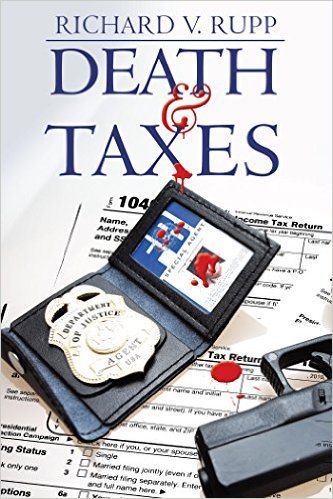 I had to look up the word "quintessentially" before I posted this. It means – "representing the most perfect or typical example of a quality or class." Somehow I had forgotten about this review. I'm still working on my social media skills and in the process of finding all kinds of things stored on my computer that I forgot about. I belatedly thank Tyler Denning.

Review by Tyler Denning on September 21, 2016 in Crime Thriller Books.

An IRS auditor is found dead at work from a gunshot wound with a small-caliber pistol. Was it suicide, or murder? That's the question posed to FBI. agent Dick Hartmann, head of San Francisco's Violent Crime Squad. Readers know far more from the outset than Hartmann does (it was murder, of course), but Hartmann's journey is riveting nonetheless. The case leads him to the IRS mailroom, to a local street gang and eventually, to Los Angeles.