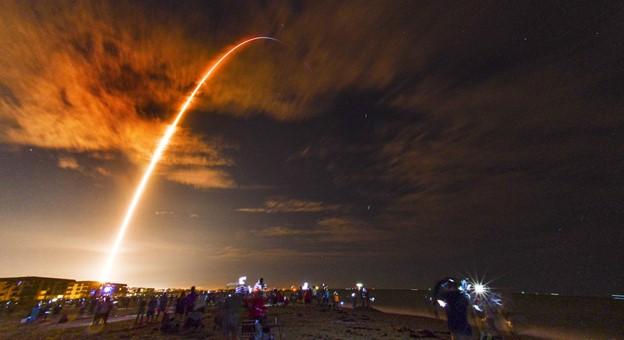 HAPPY NEW YEAR!!!  I am looking forward to 2021, and I trust you are doing the same. Hopefully, it will be different than the year we have just gone through.

If Charles Dickens were viewing today's World's conditions, I suspect he would start "A Tale of Two Cities" with the opening line, "It was the worst of times," and end there. Apparently, many of the movers and shakers of our World agree with Dickens revised opening line. As they have decided, it's time to look skyward at other possible worlds.

Here is what excites me about 2021. First, it starts out with January 2nd as being National Science Fiction Day. That's the direction I'm headed with my writing.

Elon Musk's Space X Corporate ads ask – "WHY THE MOON? - The Moon is one of Earth's closest habitable neighbors and provides an opportunity to gain valuable experience for missions to Mars and beyond." Musk first announced his plans for a lunar colony in August 2017. He called it Moonbase Alpha after the lunar base in the T.V series Space:1999, which he watched as a kid. In October 2020, he expanded his plans to build a BFR (his words were actually "Big Fucking Rocket"), which he will use to colonize Mars. Then there is Jeff Bezos, who has founded Blue Origin, a human spaceflight startup company. Bezos has long expressed an interest in space travel and the development of human life in the solar system.

The billionaire space race shows the aims of billionaires extend beyond just fulfilling government contracts. They have developed their own plans for the space age.

To compeat with the billionairs there is China.  "If we don't go there now even though we're capable of doing so, then we will be blamed by our descendants," Ye Peijian, the head of China's moon program, said in 2019. In the same June 13, 2019, Politico article that quotes Peijian, it is indicated that "the Chinese government has a far more pragmatic rationale: economic ambition. It is centrally managed and has a methodical strategy designed not just to plant a flag on the moon but also to lead the way in industrializing space."

"We can fix this; it doesn't have to end this way." Those are the words of George Clooney, who during the current pandemic has hunkered down in Studio City (just down the road from where I live) with his wife, Amal has to say as a line in his just-released post-apocalyptic movie 'The Midnight Sky.'

Yes, the problems on Earth are building to the breaking point. I pray that 2021 is a gap year for civilization and not a precursor to more problems.

In 2021 I will be devoting most of my time to working on my novel 'Skyward.' Hopefully, it will be complete before the year's end. The concept and initial research for this novel have excited me. It centers around the plans of Musk and Bezos. And the words of Clooney. It may bring some things to light and spark some thought about what is happening and what is ahead. As the author, I can only hope my writing has some value. The chapters of Skyward are made up of lots of bits and pieces I developed from my research. The plot covers these things -

1.    The struggle between Social Economic classes that has evolved into a move toward tribalism.

2.    How all the territorial new frontiers on Earth have been explored. This has placed a brick wall in front of the millenniums that past generations have not had to face. As the Earth's territory becomes more crowded, the things we are experiencing today will only worsen. A new frontier is needed both mentally and physically.

3.    The expanding divide between millenniums and prior generations

4.    A global economy that is fixated on endless growth.

5.    How power has evolved to be controlled by Chinese communist leaders and new capitalists (like Musk & Bezos). America and European political leaders have shot themselves in the foot (maybe their brains). They must divert tax dollars away from space to resolving problems they have created for themselves here on Earth.

6.    The vast investments that are currently being made by China and new capitalists in space exploration.

8.    Wealthy Millenniums are thinking outside the box and looking skyward. There is no other logical direction. That is the new frontier for them.

9.    Money, money, money is power. America is no longer the World's economic power. That power has shifted to China and new capitalists who are daily expanding their wealth.

10.  China and the new capitalist have the money. India is not far behind. America's domestic problems have taken away its politicians' interest in investing heavily in space.

11.  Who decides who gets to pick those that colonize space? Part of that selection process includes the fact that initially only the fittest will survive in space. If you think about it, NASA is one of the most discriminatory organizations in the World. The other part is that the players with the money to colonize space will probably select only those from their own tribe or clique. Yes, discrimination will come into play. Maybe Darwin was right with his theory – space will require the evolution of the species in the form of human mandated natural selection. Oh, to be a young person in good physical condition with a high I.Q. who belongs to the right clique.

My work is fiction, but it is based on fact and science.

In doing my research, I found that you do not have to think that much about developing interesting characters when it comes to the rich and famous. My research has given them to me. Just read the news articles about my old San Francisco neighbors (actually, I just drank in the same bars as them) Gordon Getty, Gavin Newsom, Jerry Brown, and Donald Fisher and then add Musk and Bezos. You cannot make this stuff up. Yes, the rich and famous protect and promote their own. And they want to continue doing so. If earth makes it difficult for them to continue this practice, then they will look skyward. By the way, my story includes bits and pieces I have gleamed about all the above-mentioned names.

When I was a kid, I loved sci-fi books. I lost interest in them over time and have not read one for years. But, as I have worked on "Skyward," a book I read when I was 11 or 12 kept popping into my head. It is the sci-fi novel published in 1950 titled "Farmer in the Sky," by Robert A. Heinlein. Apparently, Heinlein did a lot of the same research for his novel that I am doing for "Skyward." In Heinlein's novel, the Earth becomes overcrowded, and food is rationed. The principal character, Bill Lermer, is a teenager who decides to emigrate to the farming colony on Ganymede, one of Jupiter's moons. When arriving on Ganymede, an unpleasant surprise awaits him. His group is much larger than the colony can easily absorb, and the farms they were promised do not yet exist. In fact, the soil has to be created from scratch by pulverizing boulders and lava flows and seeding the resulting dust with carefully formulated organic material. The same problems exist as respects farming on the moon. My initial farming solution is hydroponics. Based on what I interpret from Musk's comments, I will initially use tunneling to build underground caverns to help avoid the moons' fine particle dust problems.

Back to work for me. God, I am having fun researching the rich and famous and the problems presented in establishing a colony on the moon. Cronyism combined with dust, dust, dust. Several pieces to the puzzle are in place, but there is a long way to go.