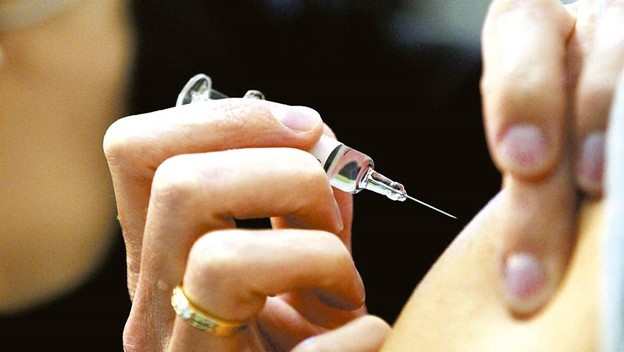 Today's post starts with a suggestion to the U.S. Government. I believe they missed the boat with their Covid-19 vaccine public service commercials.

I had a hard time replacing my usual post heading with the one today. That's because I'm on the cusp of being subject to trypanophobia or having needle phobia. I can't look at the needle when I get a shot. Apparently, I'm not alone.

I have to close my eyes when one of the Covid-19 vaccination public service commercials is shown on T.V. Why they decided to show needles going into arms on these commercials is beyond me. Apparently, I'm not alone in asking this question. Here is an answer to the question by Marilyn vos Savant in her Ask Marilyn column in the PARADE magazine about why people are not getting vaccinated – "One reason may be underestimated: In the past, real-life injections were never shown on T.V. or in print. Now the sight of needles piercing arms is everywhere. This is sure to increase the fear of needles."

Several sources indicate that about 25% of U.S. adults fear needles, and 3.5 to 10% may temporarily lose consciousness during a needle procedure. Common reactions to trypanophobia include anxiety, dizziness, insomnia, nausea, racing heartbeat, rapid breathing, sweating, and trembling.

People will also engage in avoidance behaviors, affecting medical care if they refuse treatment due to their fear of needles. In some cases, these feelings of anxiety can become so severe that a person experiences a panic attack.

I suggest kinder, gentler public service Covid-19 vaccination commercials, but I suspect the damage is already done. They have actually resulted (at least in my mind) as a national fear campaign rather than a public service commercial trying to convince people to get vaccinated.

In my last post, I mentioned a poll done by the INSTITUTE OF POLITICS AT HARVARD KENNEDY SCHOOL that found a majority of young American's 18-to-29 years old believed that the U.S. democracy is failing or in trouble. Today I'm reading the Global State of Democracy report for 2021 prepared by the highly respected Stockholm-based INTERNATIONAL INSTITUTE FOR DEMOCRACY AND ELECTORAL ASSISTANCE. It indicates for the first time the United States is listed as a "backsliding democracy" that has fallen victim to "authoritarian tendencies." So we have both young people and academics saying the United States has a problem. I'm not sure where we are headed, but my gut tells me that it is in a different direction. A younger and expanding immigrant  population will be taking us to a "new normal." I don't foresee a return to what existed in the past. During this time of change, there will be a lot of disruption.

At my age, I'm kind of watching with an "afar" view and live with my fictional characters in an imaginary world as I write my novel SKYWARD. I'm leaving the real-world problems to the new generation and wishing them all the best. Maybe some will read my novel and find some helpful gems in it.