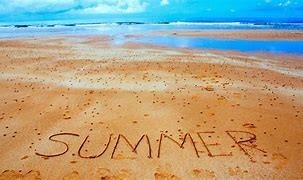 As some of you will have noticed, I took Memorial Day off as respect-making posts. So it felt good to just sit back and relax. Hope you did the same?

We are sneaking up on Summer, and it appears this year we can again enjoy the usual summer activities. Over the Memorial Day weekend, U.S. stadiums and movie theaters filled, along with beaches, restaurants, and airports. Yesterday, Las Vegas casinos opened at full capacity.  Disneyland and Disney California Adventure have begun selling tickets to travelers from out of state for admission starting June 15, the day California is scheduled to loosen its pandemic restrictions on most businesses. I have turned on the air conditioning as it seems I write better at a cooler temperature. To me, cooler is better than hotter. Is that just me, or does the same apply to you?

It will be nice to see people's faces again. I missed the smiles and frowns. Apparently, the ladies are getting ready for the mask removal as lipstick, mascara, and eye shadow sales have dramatically increased in the past week.

Hopefully, it is not a long hot summer? I am not just talking about the air temperature but also the social temperature. The words of President Biden on Memorial Day cause me to ask this question. He warned us that "Democracy itself is in peril, here at home and around the world." That is an ominous statement by an American President.

Part of what the President is talking about "here at home" is reflected in tribal warfare on our own streets. During the first three months of this year, mass shootings have increased by 73% from the same period last year.  According to the GUN VIOLENCE ARCHIVE data, there have been 147 mass shootings since New Year's Day compared to 85 such incidents between January 1 and April 16, 2020. A mass shooting is defined in the database as an incident where four or more people were shot, not including the shooter. My local news has story after story where people say they are afraid to go out of their house. And this is in neighborhoods that were considered safe (Hollywood, Torrance, Venice, Thousand Oaks, Lakewood, Santa Barbara). People are afraid to drive on the Southern California Freeways because they are getting shot at. And homeless encampments are cropping up everywhere.

According to Noah Millman in THE WEEK, "These are dark times for democracy, worldwide. From the increasing power and influence of authoritarian China to the retreat of democracy across Eurasia, to the rise of right-wing populism across the west, the signs have been ominous for some time." And a NEW YORK TIMES poll indicates that "Fifteen percent of Americans believe that 'patriots may have to resort to violence' to restore the country's rightful order."

In the back of my mind, I wonder if my current manuscript, SKYWARD is in the sci-fi genre rather than crime because of what I see. There is an excess level of crime in our society at the moment. Yes, crime will always exist, but it cannot continue to exist at the current level, or our society will cease to exist. Yes, "Democracy itself is in peril."

If being afraid to go outside is a problem, it also appears it may be an expensive summer. Inflation is raising its ugly head. The U.S. inflation rate as of April 2021 was 4.2% compared to a year earlier. That means consumer prices increased by more than 4% over the course of a year—the sharpest such increase since September 2008. The gas station down the street from me here in Burbank is charging $4.46 per gallon of regular gas. Have you noticed the cost of food at your local market?

Finally. More bad news for those who love barbequing during the summer. The cost of hamburger patties, steaks, and ribs will be going up because a Russian-based cyberattack has forced Brazilian meat producer JBS to shout down its U.S. beef plants, which provide nearly a quarter of the American supply.

My fingers are crossed in the hope that we have a calm sunny summer enjoying friends, family, and life. That we can see many a smiling face.