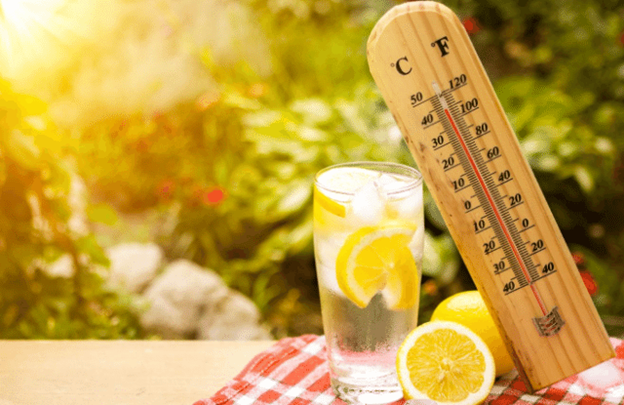 Yesterday, I signed up for Aquacise classes on Tuesdays and Fridays at the Burbank Aqua Center. I'm looking forward to getting into that water. I have been taking the classes for several years now and really enjoy them. They are a good way for us old-timers to exercise and stay cool.

Okay, you have convinced me climate change is here. It's still spring. At least for a few more days, and the temperature here in Burbank, like most of the West, is off the charts. I'm hiding out in my apartment with all the blinds closed and the air conditioning on. It's a perfect incentive to sit in front of my computer and write.

Maybe my story about Millenials wanting to get off this planet because of social and climate changes has validity.

I still have a ways to go on the manuscript for my next novel SKYWARD. I had to make some revisions to early chapters to match up with things I have written in new chapters—just part of the novel-writing process. Also, I changed some of the characters' names. My research into Millenials, memes, Bitcoin mining, and the latest billionaire interest in space travel takes up more time than I first anticipated.

Johns' tormenting of Paul had paid off. He was good at business. In fact, exceptionally good.

Times were changing, particularly as to how business was done.  To accommodate this change, Paul spent a considerable amount of money remodeling the mansion. He converted two of the bedrooms into a large office with a teletype machine. That allowed him to strike deals any time of the day, anywhere in the World. He purchased a Lockheed JetStar corporate jet that required a crew of two, plus an attractive flight attendant to cement deals and impress people. He had it configured to hold ten passengers. Paul realized the Bowman mansion was a business asset and returned it to hosting high society events.

Over time the Bowman mansion became more of a business complex than a home. Paul's vocabulary was one of the business world. Romantic gestures with females were not part of his vocabulary. His sexual desires were generally fulfilled on a friend with benefits type relationship. The benefits usually came during or after one of the parties at the mansion. One such relationship resulted in a surprise that was confirmed by a DNA test. A strange agreement was made with the young socialite and her parents. Paul did not want the pregnancy terminated, and for two million dollars in 1986, Jordon Bowman came into the World. He was born in a family birthing suite at the HonorHealth Medical Center in Scottsdale, Arizona. After the birth, the mother continued her extended vacation in Scottsdale. Two days following the delivery, Paul picked up Jordon at the hospital. Together, they headed to San Francisco on the Lockheed JetStar, with the newly hired British nanny. Yes, Paul was good at business, which led him to understand he needed an heir, but not a wife.

My impression is that ultra-wealthy families live in a different world—one of their own making. Certainly, the way Paul was brought into the World and raised will impact his personality.

Back to writing - I need to get a couple of members of this family to the moon.