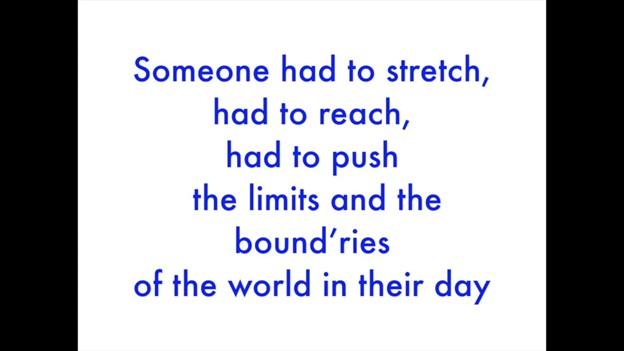 According to Facebook and Google Analytics, my posts' readership is higher when I tell stories about myself or my FBI Special Agent Hartmann book series. When I get off on one of my philosophical bents, you seem to lose interest. I'm not sure what that says about my readers or me. But, this post is definitely on the philosophical bent side. With luck, it may get you to put your thinking cap on. I will admit I'm going way out there. But, that was my job most of my life.

In my senior year at Hollywood High School (1956), I wrote a paper for Mr. Russell Wilson, who taught a Civics Class. My paper argued that world power was moving west from Europe to the United States and then would continue to move west on to China. As my business career formalized, I ended up getting paid to read, research, analyze, and write. Eventually, I was doing it for the presidents and chairman of the four major insurance companies I worked for over the years. At a Congressional Hearing in Washington D.C., I remember John B. Ricker, Jr., Chairman of Continental Insurance Company, leaning over to me and saying, "If we agree to this it will let the Fed's nose under the insurance industries tent, and we will never be able to get it back out."  To John's dismay, the industry let the camel into the tent. As I have previous mentioned in an earlier article, there is no other industry that does more research and knows more about what's happening in the world than the commercial insurance and reinsurance industry. That's the industry I spent my business life in.

The world was fine when the concept of "go west, young man, and grow up with the country" worked. But, with the exceptions of science and literature, all of the new land frontiers on Earth are gone. There is no more new west to explore. That safety valve is gone.

In 2013 Dave Pollard wrote, "The problem is, seven billion people cannot be their true wild selves or, like a horrifically overcrowded cage of rats, the result would be large-scale violence and murder. Some would say that's exactly what we have already."

This round globe we stand on is deteriorating from wear and tear, and yes, climate change. Its most advanced inhabitants are at each other's throats and forming tribes that have nothing to do with the countries they live in. And, many of their objectives or desires are actually counter to the needs of the others. There are just too many of us. Our increased population and evaporating borders invite pandemics. With depopulation, maybe the Earth will heal and be the foundation of an expanding frontier.

We need a solution. One that provides hope and has a chance of working. That solution will need to reduce the Earth's population. That's going to happen either through tribal or world warfare and/or increased pandemics or finding a new frontier. I vote for the new frontier.

The most essential U.S. Governmental Agency to lead us into the new frontier is NASA. And hopefully a robustly supported international space agency. Massive funding needs to go to these agencies. They will provide needed hope for our populous and conceivably a solution to the overpopulation problem. While it may sound like science fiction, I don't believe it is.

In 2005, then NASA Administrator Michael Griffin identified space colonization as the ultimate goal of current spaceflight programs, saying – "... the goal isn't just scientific exploration ... it's also about extending the range of human habitat out from Earth into the solar system as we go forward in time ... In the long run a single-planet species will not survive ... If we humans want to survive for hundreds of thousands of millions of years, we must ultimately populate other planets. Now, today the technology is such that this is barely conceivable. We're in the infancy of it. ... I'm talking about that one day, I don't know when that day is, but there will be more human beings who live off the Earth than on it. We may well have people living on the Moon. We may have people living on the moons of Jupiter and other planets. We may have people making habitats on asteroids ... I know that humans will colonize the solar system and one day go beyond."

Go up, young people, and grow up in space. Play together among the stars.

Is your thinking cap on?